This is the last entry of the Ukraine liveblog (for at least a month). Need to concentrate on making a euro buck.

Summary: the tide of the war is turning to the advantage of Russia. There is no doubt that they will clear the entire Donbas in a matter of weeks and if Kiev keeps insisting that Russia needs to be defeated and thrown out of entire Ukraine, Russia will go after Zaparochia, Nikolaev, Odessa and Kharkow too (perhaps Dnipro too, but probably not Poltava, let alone Kiev). Ukraine is finished like Yugoslavia and will be split up in a Russian and Ukrainian part: 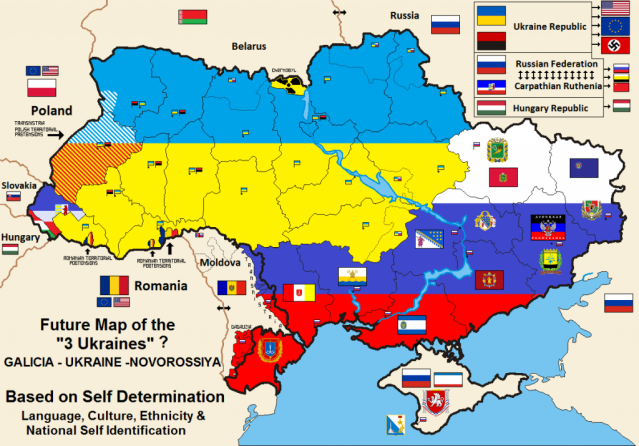 There is a distinct possibility of a collapse of the Ukrainian army in Eastern Ukraine and a rout. These extra western weapons will mean little to nothing. In the worst case for Russia, Russia can still mobilize, put off the gloves and steam-role Eastern Ukraine; they will prefer to do that over a defeat in Ukraine. China meanwhile is paying close attention. If Ukraine does indeed collapse, it will be a great encouragement to finally make its move against Taiwan, which could imply US presence in South-Korea too and on the Philipines. Even the Japanese could be enouraged to send the US packing and regain souvereignty. After all, powerful China will be their neighbor for ever, where the US is a has-been and spent force. The US empire will go the same way as the European empires (at the hands of the US): the way of the Dodo. 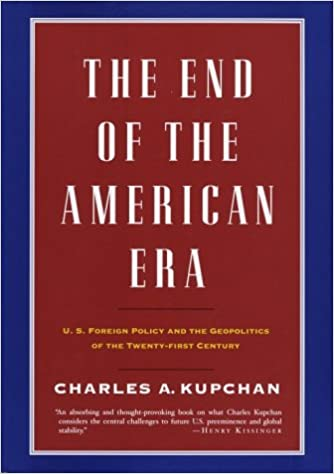 Ready for that, dear European? You should be. You ruled the world 1492-1945, until these two major globalist inconveniences USSR and USA showed up. The USSR is history, the USA almost. The way forward is a Common European Home EU + Russia plus some dependencies in North-America. If not, prepare for being the slave of the Chinese.

Is Russia threatening to take out a US carrier?

The US intends to deliver advanced missiles to Kiev. Moscow is angry. So US missiles are going to hit Russian targets and Russia won’t retaliate against US targets? Think again.

Rest assured that if a Russian Zircon missiles takes out a US carrier, it will be done so after close consultation with China. Russia and China (and North-Korea) will attack on the same moment. And then there is the Iranian threat to close the Gulf, which would leave Europe completely without fuel and powerless, so the US can confront Russia, China, North-Korea and Iran all on its own. What could possibly go wrong?

According to both Ukrainian and Russian reports, the city of Severodonetsk is at least 80% in Russian hands.

[asiatimes.com] – China floats first-ever AI-powered drone mothership – Unmanned sea vessel may be deployed to counter drone swarms and could be used in any invasion of Taiwan

[nytimes.com] – President Biden: What America Will and Will Not Do in Ukraine

The US back-paddles. This piece, written by Biden (or his handlers rather) point out what they will and won’t do regarding Ukraine. No direct conflict, no regime change in Russia, no permanent weakening of Russia. They will continue to send advanced weapons for usage in Ukraine (and by implication not in Russia) and continue to send billions to keep the Zelensky hard-nationalist (“Nazi”) regime afloat.

The US has achieved what it wanted most, at least in the short term: driving a wedge between its European vassals and Russia.

[twitter.com] – Ukrainian experts report, Russian invasion forces are still advancing in southern Donetsk and Zaporizha oblasts and are close to reach the oblast border of Dnipro.

The “Masters of the Universe” from the CfR discussing Ukraine.

Even Ukrainians have enough of their own lies.

[twitter.com] – Almost all major countries object to the status of candidate for Ukraine in the EU. I would say almost all except Italy. – PM Mario Draghi.

There is some sense left in Europe after all.

[twitter.com] – Severodonetsk has just fallen, according to European military sources. German General: The conquest of Donbas is now a matter of days.

[spiegel.de] – Denmark, like the Netherlands, refuses to pay in ruble for Russian gas and is now shut off from gas as well.

[asiatimes.com] – Russia’s Donbas success only the end of war’s beginning – Without decisive and complete military victory and concession, neither of which is likely, the war will rage on

[twitter.com] – Iran sending a very strong message to USA: “If You stop us from selling our oil not one drop of oil will cross the Persian Gulf.” – And Greece partnered with USA to steal Iran oil.

The Europeans (or rather the Americans) are playing Russian roulette with the European economy. Both fossil fuel supply from Russia AND the Gulf are under threat.

[unz.com] – China’s High-Speed Trains. America, Where Are You?

The Chinese railsystem of superlatives, one of the many pointers to demonstrate that China is already the world’s #1 power.

[geopolitika.ru] – Russian Permanent Representative to the UN Nebenzia: the task of demilitarizing Ukraine will be completed soon

“We are not at war with Ukraine and the Ukrainian people. We are conducting a special military operation against the nationalists and to protect the inhabitants of Donbass – denazification and demilitarization. These tasks will be completed soon enough and the Ukrainian people will once again be able to decide their own fate, while living in peace , good neighborliness and cooperation with all neighbors,” Nebenzya said.

[twitter.com] – The Russians have Severedonetsk.

[dailymail.co.uk] – Tory civil war on Partygate as ex-Attorney General joins calls for Boris to quit ‘for the good of the government’ while another MP in marginal seat confirms no-confidence letter – as PM plunges to LAST in closely-watched Cabinet ratings

One more lost midterm election and the clown is gone. Brexit is an utter failure. The Ukay has to fear food shortages later this year.

[twitter.com] – NYT: The U.S. “is outgunned,” Oriana Skylar Mastro writes in a guest essay. “At the very least, a confrontation with China would be a massive drain on the U.S. military without any assured outcome that America could repel all of China’s forces.”

The megaphone of the US Deep State, NYT, isn’t very confident about the US status of hegemon. And they are right, they shouldn’t.

[nytimes.com] – Biden Says We’ve Got Taiwan’s Back. But Do We?

[twitter.com] – Talking with a few exhausted soldiers in Bakhmut, just back from the frontlines. “We don’t have any new weapons here, new forces, nothing,” says one of them. Another, who fought in 2014: “I’m expected to fight a tank with my Kalashnikov. We’re just cannon fodder. We’re fucked.”

[spiegel.de] – Greece to completely seal the border with Turkey with fences. Look America, this is how you do it!

[twitter.com] – As part of rotation a brigade of Russian troops involved in the military operations in #Ukraine has returned to #Russia, where it was welcomed back by a jubilant crowd in Kizlyar, Dagestan.

The Guardian unintentionally suggests that the Nuremberg trials were show trials (which is what they were, victors justice).

If you watch anything this weekend it should be ‪@EvaKBartlett‬’s fantastic interview with Larry Johnson who worked for the CIA and State Department’s Counter Terrorism division. Here it is. 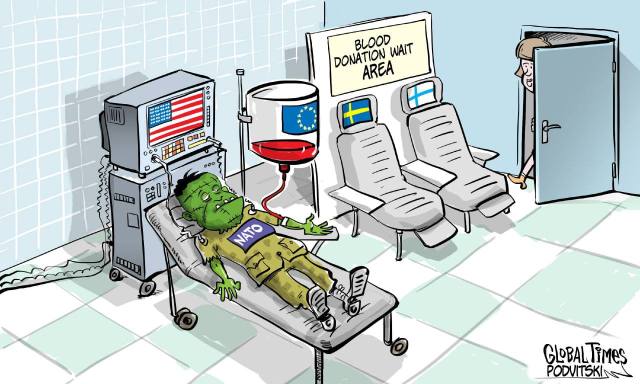 [asiatimes.com] – We need a real debate about the Ukraine war

[asiatimes.com] – No traction for a war-ending deal in Ukraine

Standard British behavior. Always conspiring to sabotage European unity, on behalf of US interests. This can be countered, once and for all, by a Grand European Alliance (“Paris-Berlin-Moscow”). For that to happen, China must first kick the US out of East-Asia and destroy “exceptionalism” once and for all and replace the US as the next #1. Only THEN can a new “Gaullist” Grand European Alliance replace China as the next #1. Patience, my friends, patience.

[twitter.com] – This is more inferential proof that the Zelensky regime was planning to invade Lugansk and Donetsk in late February or early March — and the Russians simply beat them to the punch.

One hears from self-deluding Western pundits that Putin wants to be a new czar presiding over a new Russian empire, and that his attack on Ukraine was motivated by national pride and territorial ambition. If that were true, mon ami, he would not scorch the earth and drive out the people! The damage to Ukraine’s infrastructure alone exceeds $1 trillion, in a country whose national output did not reach $160 billion a year before the war started! Simply repairing the country would require six times the country’s national product, which of course is impossible.

Even if the money could be found, who would make the repairs? Before the war Ukraine had 45 million people on paper but only 33 million actually in the country, because half the adult population had left to work elsewhere. At least 14 million of those have been driven from their homes, and most of them will not return. After all, the Poles, Hungarians and Germans are short of people and will gladly accept immigrants from Ukraine rather than from the Middle East or Africa.

[twitter.com] – Some Unverified report says Petro Poroshenko, former President of Ukraine (before Zelensky) is trying to leave #Ukraine. No official confirmation on this update. Some unconfirmed visual shared that he is seen on the Polish border with Ukraine leaving for #Poland

[moonofalabama.org] – As Things Fall Apart Biden May Want To Escalate

In the meantime, Russia continues to press its offensive all across the Donbas. This week will be a decisive one for Ukraine’s prospects of holding the region — and Russia’s chances of seizing it.

[twitter.com] – Bloomberg – Russian troops are making steady progress in Ukraine’s east. That’s sparking fears they could be poised for a bigger breakthrough, and leading to increasingly panicked calls from Kyiv for more powerful weapons https://trib.al/swnBDyQ

All the MSM seem to change their tune all of a sudden. 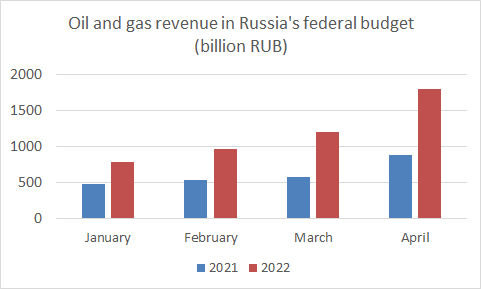 Ukrainian dilemma: keep on fighting in Lugansk and running the risk of having thousands of the best soldiers trapped in a cauldron or withdraw now, while they still can?

Now even CNN chimes in with other western MSM, who are increasingly become more pessimistic about the outcome of the war.

[im1776.com] – ON THE RELATIONSHIP BETWEEN PRESIDENT ZELENSKY, OLIGARCH IHOR KOLOMOISKY AND WASHINGTON DC

The US no longer tries to hide that it is a rogue state.

More signs that the truth is sinking in with the western MSM, after two months of propaganda that the opposite was true.

[spiegel.de] – UK PM Johnson fears that the Eastern Ukraine could be lost.

The tide in western perception of developments in Ukraine is clearly noticeable.

Turkey wants Sweden to stop supporting the Kurdish PKK, before he will agree with Sweden’s NATO membership. Now that’s a dilemma for Sweden!

Western media can no longer ignore realities on the ground in Eastern Ukraine.

How America will come to its end. 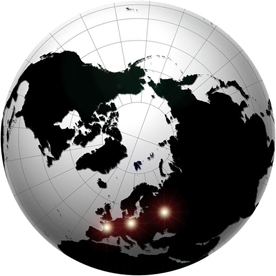